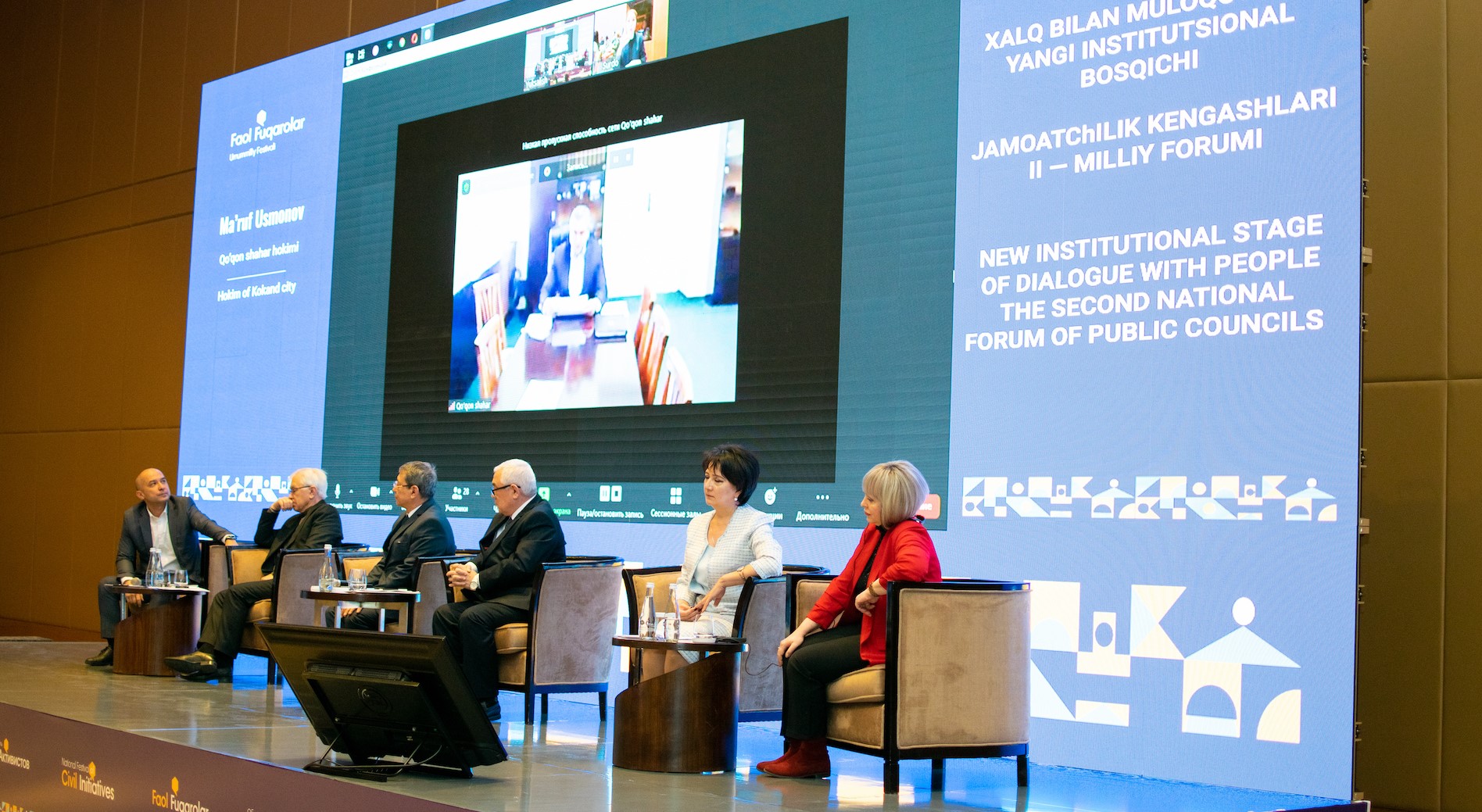 Tashkent and Los Angeles are some 7,204 miles apart, but if you ask a local leader from either city what their most pressing issue is, you will likely get a similar answer: being responsive to constituent needs amid competing demands.

“The most important thing in local governance is communication and transparency,” said Anthony-Paul Diaz,  Executive Officer for the Los Angeles Department of Recreation and Parks. “I have 4 million bosses, and it’s my job to make them happy. We need to focus on the communities, listen to them, and deliver what they need.”

Diaz shared his insight and experience in local government with more than two dozen new public councilors from cities across Uzbekistan, as well as state officials and civil society representatives, in a first-ever virtual exchange on good governance and civic engagement between the countries. The week-long exchange, coordinated by PartnersGlobal, was part of the USAID-funded Partnership for Innovation program, implemented by the Civil Society Development Association – ARGO and the national movement Yuksalish.

She added that since the exchange was being held virtually, due to the COVID-19 pandemic, more participants from across both countries were able to join, which would not have been possible with an in-person event. The virtual format also enabled Uzbek participants to journey across the United States from their own living rooms.

Throughout the week, Uzbek and American participants from cities large, like Tashkent, and small, like Melrose, MA, shared experiences and best practices on topics such as engaging vulnerable populations, COVID-19 response, management of water and other natural resources, and overall constituent engagement. Uzbek public councilors explained to the American participants their role as volunteer organizations representing citizen and civil society perspectives to the government.

Representatives of civil society organizations from both countries joined in to share practical examples of how partnerships between civil society and government can strengthen good governance, citizen engagement, and constituent services.

Among both American and Uzbek participants, serving their communities in difficult times like the COVID-19 pandemic was a top priority. From offering psychosocial, medical, and material support to teaming up with local civil society organizations to reach vulnerable communities, participants discussed what approaches have worked best for them and what they have been able to accomplish.

“We are very proud that our public council has undertaken the role of a coordinator of providing support during a pandemic,” said Marufjon Kokand, a member of the public council in the Namangan region of Uzbekistan.

Zachia Nazarzai, Director of International Affairs, Policy, & Protocol in the Office of Mayor Eric Garcetti in Los Angeles, offered that this moment of local leadership stepping up could be an opportunity to reshape how government engages with citizens moving forward.

“The changes we are making today are building the city for the next century,” she said. “We must embrace diverse ideas, experiences, and cultures in our community to transform how we operate to meet the needs of our residents, especially the most vulnerable, in this moment.”

Local councilors in Uzbekistan, many of whom are new to their positions as public councils are a recent development in the country, asked their U.S. counterparts about the challenge of maintaining good relationships with citizens even when you can’t always deliver.

City councilors from Melrose, MA in the U.S. suggested that being responsive, honest, and letting citizens know you have heard their concerns, even if there isn’t always an immediate solution, can go a long way.

From the Uzbek side, Feruza Rashidova, Chairperson of the Commission on Social Development of the Tashkent Public Council, noted that the public councils could build trust with constituents over time.

“The more challenges we overcome, the more trust we will build with the public, especially since the public councils are new here. We want to be constructive, and we need to be active,” she said.

Participants also emphasized that local leaders must represent ALL constituents, not only those who are the loudest or most privileged, but also those whose voices aren’t always heard.

“We can’t rely solely on community members coming to us, but we need to reach out to them and listen and learn from those who live in our city so we can really serve our community well,” said Dorie Withey, Secretary of the Melrose Human Rights Commission.

Only the beginning for these new connections

During the exchange, participants from both countries discovered many common challenges, such as responsive policy to climate change, and offered the tools and strategies they have used to overcome them.  And while the formal exchange is over, the informal dialogue between individuals and cities is ongoing.

Uzbek participants, for example, offered to reach out the mayor of Tashkent to encourage the revitalization of its sister-city relationship with Seattle, after speaking with Fazliddin Shamsiev, the Vice President of the Seattle Tashkent Sister Cities Association.

Jamila Asanova, Executive Director of Civil Society Development Association (ARGO), noted that while the virtual format meant more people could be included in this exchange it also means that connections can continue online long after the meetings have concluded.

“It was my dream three years ago to do a virtual exchange,” she said. “My dream has become a reality.”