One office’s mission to reduce pretrial detention in Nigeria 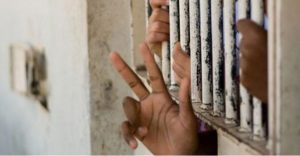 “Everyone knew Idris was innocent, even prison staff,” said Rashida Bashir, a Senior Paralegal and licensed lawyer at the Public Defender’s Office in Kano State, Nigeria.

Rashida was assigned to the case of Idris Nuhu, a 35-year-old male detainee in Kurmawa prison.

Kurmawa prison houses more than 1,300 inmates, even though the prison’s maximum capacity is 750. Idris had been in pretrial detention for seven years after being accused of involvement in an armed robbery. Within those seven years, he never once had a formal court arraignment or appearance.

“It’s common in Nigeria for wardens to think some of the inmates are innocent, but they don’t have control over processing,” Rashida explains.

Unfortunately, cases like Idris’s are not uncommon in Kano. Located in the North-West of Nigeria, Kano State serves as the economic hub of Northern Nigeria with a population of 13 million people. The city of Kano serves as the confluence of old and new ways of life. Many still participate in Kofar Maya — the 500-year-old tradition of textile dying pits — yet younger generations seek to find a life outside the ancient walls. With high poverty rates, low school attendance, and a scarce job market, Kano citizens are left with limited options and can become vulnerable to engaging in other means of providing for their families. Due to the failures of the justice system, one crime can turn into a life of crime.

In many circumstances the justice system’s breakdown lies within its prison system. Nearly 80 percent of those detained in Kano State prisons face extremely prolonged periods of pretrial detention. Many are stuck there for the duration of their sentences, effectively doubling their time spent in prison and feeding into a vicious cycle of overcrowding. The prisons are understaffed and lack sufficient resources to provide detainees with basic necessities like food and humane living conditions.

For those like Idris who are caught in the system and stuck in detention, the Kano Public Defender’s Office (PDO) is providing some hope.

The PDO was established through the Greater Access to Defense and Justice (GADJET) project. GADJET is implemented by PartnersGlobal, the Rule of Law and Empowerment Initiative (also known as Partners West Africa — Nigeria), Democratic Action Group, and New — Rule LLC. It is funded by the Bureau of International Narcotics and Law Enforcement at the U.S. Department of State. The overarching goal of the initiative is to improve citizens’ access to justice by providing legal services through the establishment of a Public Defender’s Office.

The case of Idris Nuhu was one of the first cases they took on. During their first interview with Idris, the PDO discovered that during his detention, Idris was forbidden from speaking with his family members or informing them of his status, diminishing any hope of receiving legal advice. The two PDO lawyers assigned to the case realized that this was not only a violation of his fundamental human rights, but it was unconstitutional. They took immediate action and submitted a formal cause of action in the form of a fundamental rights enforcement to the Kano State High Court.

The complaint addressed the violation of Idris’s right to personal liberty, fair trial, and freedom of movement under the Constitution of the Federal Republic of Nigeria. Once the claim was submitted, the Honorable Chief Judge of the high court agreed to hear Idris’ case. The judge found that Idris was arrested merely off suspicion with no straightforward evidence to justify his sentencing.

Less than four months after the PDO filed the complaint, Idris was released from Kurmawa prison and returned to his family in Dawakin Tofa.

“It was very emotional watching him leave prison and seeing him take his first breath of fresh air and steps as a free man,” Rashida recalls.

The PDO’s involvement in this case not only changed Idris’s life, but it is also changing the way the justice system in Kano functions by showing the importance of providing public defense to pretrial detainees.