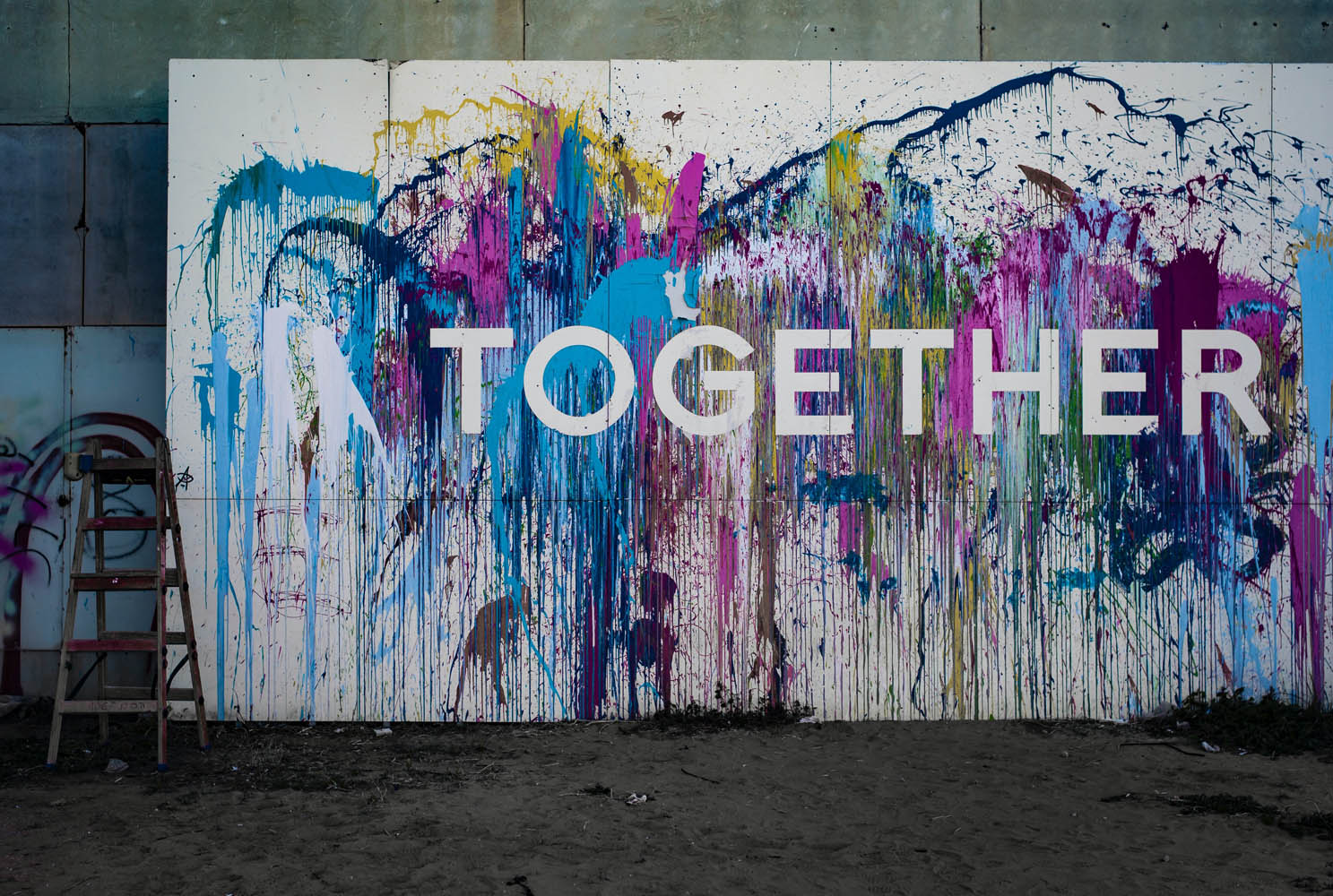 2020 has been a historic and tumultuous year in the United States. The pandemic, mass mobilizations for social justice, and a bitter and polarizing Presidential election finally culminated in the highest voter turnout in our country’s history. While 74 million Americans are celebrating Biden and Harris’s election, 70 million Americans are not, and many are filled with existential dread.

Reflecting on President-elect Biden’s message of healing and unity, what will it take for us to come together? It feels impossible after the last four years of vitriolic divisiveness. However, the deepening divisions in the US have been building long before the 2016 election. According to a report from Brown University this year, the US is polarizing faster than other democracies. If we are indeed at an inflection point, as Biden declared in his acceptance speech, then we must decide how not to cause harm and also contribute meaningfully to depolarization. Building a peaceful society will require addressing the structural inequalities and grievances that drive conflict and polarization AND prioritize restoring relationships and rebuilding trust.

1. None of us are immune to the dynamics of polarization. A progressive celebrating the Biden win called on his Twitter followers to reach out to at least one Trump supporter to offer empathy and to find an issue of common ground. He received thousands of outraged responses declaring “the other side” irredeemable. Polarization experts believe in-group and out-group dynamics in a polarized society cause all of us to become the most extreme versions of ourselves, assigning increasingly sinister motives to all those we consider as “other.” Outrage makes us feel closer to our in-group. But each of us can interrogate the effects of polarization on our perceptions. We should now seek our connections as parents, as music fans, or as sports aficionados irrespective of our political leanings.

2. Bridge-building can make polarization worse. Bridge builders can fan the flames of polarization by giving a platform that fuels polarized viewpoints. Researchers caution against efforts to build bridges in deeply polarized environments but rather advise highlighting stories of everyday people who do not necessarily reflect either extreme. Senator Tammy Duckworth (D-IL) also tweeted after the election: “So many Trump voters are also working families and believed that he would improve their lives. We must see that they are hurting and fight attempts to divide us as we work to rebuild our beloved nation.” She did not receive the same vitriol, most likely because she highlighted the commonalities of working families trying to improve their lives and called out the people seeking to divide.

3. Time to complexify the narrative. We all draw on deeply entrenched narratives that our unconscious mind often manifests as common sense. What is a narrative? They are “a foundational framework for understanding both history and current events, and inform our basic concepts of identity, community, and belonging.” Many live by deep narratives of freedom, faith, and patriotism, while others bring to the foreground narratives of historical oppression, systemic racism, and runaway capitalism that drive inequality and injustice. The divided mainstream and social media also fuel misinformation and can exacerbate seemingly black and white narratives. For example, a viral video of a young man in a MAGA hat in front of the Lincoln Memorial in a perceived confrontation with a Native American man received intense public outrage before a fuller picture of the incident emerged. A peacebuilding approach to social justice must include a commitment to interrogating our own biases, acknowledging different ways of making sense of the world, and promoting more complex narratives that are factual and inclusive of diverse lived experiences.

4. Instead of calling out, calling in: Some activists are already questioning our new President-elect’s focus on national healing as a moderate’s suspicious call for “civility” — or code for not making too many waves in the fight for systemic change. Human rights activists will and should continue to work tirelessly to confront insidious racism, misogyny, xenophobia, anti-gay and transgender discrimination, and inequality in our society. And yet, during this time of such polarization, we must seek to uncover healing tactics for the change we want to see that brings more supporters to our cause(s).

There is a need for human rights activists and peacebuilders to reflect together on how to “call in” those who could join our coalitions and refrain from “calling out” potential allies who may make mistakes or don’t hold the same world views on all issues. For example, a mistake in calling someone by the wrong pronoun is an opportunity for education and dialogue. No one responds well to being criticized or belittled without the follow-up of how they can better understand and participate in societal change on which we agree. Peacebuilders stand up for what is right, but we do so in a way that recognizes the power of restorative justice, what is redeemable in all of us, and the inherent worth and dignity of all human beings.

PartnersGlobal, the Alliance for Peacebuilding, and Humanity United are launching a new initiative to unite Social Justice Activism with Peacebuilding through applied research on polarization, narrative engagement, and taking lessons from effective depolarization initiatives in other deeply divided countries. This inflection point will require all of us to self-reflect on the role we are playing and will continue to play in healing our nation.

Julia Roig is the CEO of PartnersGlobal and the Chair of the Board of the Alliance for Peacebuilding. @Jroig_Partners

Elizabeth (Liz) Hume is the Vice President of the Alliance for Peacebuilding. @Lizhume4peace